This may sound a bit counter-intuitive at first. How the hell you will know that you didn't wind up with a "management consultant" as your new CTO if you do not interview them? Well, it is a valid point, but let me explain this concept with a case study from some time ago. It all started during a warm spring evening when my phone rang. It was one of my old clients, and he was in trouble.
He completely mismanaged his team of software developers, and they've all quit en masse. Literally, all of them, and this didn't make the backlog of work any shorter. So we agreed to meet bright and early next day and figure out a long-term plan on how to get him back on track while I will gather whatever talent I know just to push through most burning stuff.

So the very next morning we sit in his office. After shuffling through a long list of overdue projects, we've managed to assign some of them to the people I recruited overnight (mostly subcontractors I've hired before). And with that fire out of hand, and a long talk with the client about what went wrong with his last set of programmers, we knew that we need to start hiring. He gave me a pretty solid budget, which was good as we were short on time. So I grabbed the phone and called every CV I've found on the internet.
I didn't ask many questions over the phone, just basic SQL knowledge and two or three questions about their framework preference. Out of the roughly hundred calls I've made to arrange nine people for next stage interview. But the trick is – I booked them all for the same time and day, in the same place too (no space-time continuum trickery involved).
It's meeting time. Three candidates didn't turn up at all (and didn't pick up the phone when called), so I decided to proceed with the interview. I did so by announcing to everyone that, as of now, they are all hired. Between the sound of their eyebrows raising, I continued. They are all employed for a week and, as a team has to produce a working bulletin board. Everyone who will show up precisely in a week will receive the same pay I would pay medium-level contractors, regardless of how much they have contributed to the project. To go with the task, they received a full specification, office space, a dedicated machine to develop, a Jira project, and git repo. They also had my phone and skype ID to ask any questions they may have. They were also all asked to send me a 1-2 sentence email at the end of each day about the project. Since this is already getting quite lengthy, let's fast-forwards a week.

I am sitting in the office, awaiting the arrival of the survivors. Going through the emails and calls, I know that already 2 of them dropped out for various reasons, one no one heard from for 3 days into the project. The time comes, 3 people show up. As they did complete the task, I did congratulate them on finishing the project and handed each one an envelope for precisely the sum we've agreed to. With that sorted, one of the candidates stood up, thanked for the opportunity, and left citing that the work has overwhelmed him. I nodded and said, "Thanks for the week of work and good luck," and as he left, I've turned my attention back to remaining candidates.
"You are both hired" – were the first words I've said. "I don't really care that the project is not the most beautiful software ever written. You've received a task, with a team of random people, and you did fill every bit of business requirement. And that is what really counts, quality of code can be fixed with proper guidance". And we proceeded to finalize the paperwork. They are still working with this particular client, one is the lead programmer, and the other followed my path and specialized in backend development.

What is the point of my story, you may ask? It is rather simple – instead of putting a programmer through a lengthy process that consists of multiple interviews, tests, and challenges, just hire them. I guarantee you that any sensible candidate will agree to low-to-medium pay for a weekly experiment period. I can also assure you that you will learn EVERYTHING you need to know about that person this week. Including how well does he fits in your company and what sort of value he brings. This is quite an important point, as you cannot measure someone's efficiency without making them work for you. And this way, you have a tangible piece of data: "during the week, he brought X amount of value, and after that week, he will cost us Y." Of course, the first week will not be the most efficient one, so some leeway has to be given, but this will provide you with a general idea of whether It's worth hiring him. You don't get that from interviews; you only get guesses and usually more questions than answers (and even more disappointment later).
This is also an excellent base for long term relations and gives both the employer and employee, a bridge to smell each other before committing to each other. It really is like dating – you do not want to marry someone before you have sex with them. It is evident in our dating life, but for some reason, it still baffles employees and employers across the world.

I will leave you with a piece of advice. Next time you apply for a job – mention in your cover letter that you are willing to work a trial week. For half of your day rate, you can fire you at any point if you are deemed useless. And you, employers, wonder whether someone will be a good fit for your company, you have doubts about someone's ability to perform – just hire them. In the worst case, you will be out couple hundred quid, which is still less than having that job advert all over the world. Not to mention processing applications. And if it works out, you gain an employee that already has a week of experience in your stack. 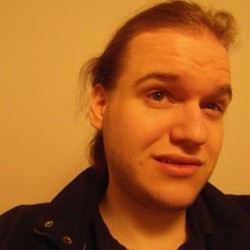